The health crisis of the past few months has demonstrated the essential role that television has played and will continue to play in the daily lives of the French public as a medium that unites people, offering premium content and viewing pleasure. Television remains the medium of choice for the French people. But not only that…

As we emerge from the health crisis, television has a duty to support advertisers in their recovery over the short, medium and long term. The #ROITV3 survey: TV, the cornerstone of an effective media strategy, offers tangible and comprehensible answers and indicators for implementing the most appropriate media strategies for a sustained recovery.

The renewal of the partnership between SNPTV and Ekimetrics was an obvious choice. Ekimetrics offers a comprehensive benchmark and guarantees robust data. Furthermore, for the second consecutive year, this partnership enables the monitoring of trends and the comparison of indicators calculated using the same econometric models.

In 2020, despite the unprecedented circumstances, TV remained as dominant as ever in terms of ROI/sales contribution/share of media spend:

The impact of TV is immediate and unparalleled in its duration. TV is the medium with the highest long-term multiplier: 2.25.

Due to its extensive reach, TV consistently generates strong synergies with other media. TV offers up to 23% higher sales performance compared to other media. For this third edition, #ROITV3, synergies are identified in each of the media for all five sectors reviewed. The survey identifies the top three media synergies to be exploited via TV to maximise the performance of a media campaign.

TV, AN ESSENTIAL FEATURE OF ANY MEDIA STRATEGY

In the previous edition, #ROITV2, SNPTV and Ekimetrics warned advertisers about the risks of a media blackout in their media strategy. With the health crisis behind us, the latest edition demonstrates the harmful effects of cutting back or cancelling TV campaigns. Conversely, we can see positive results for advertisers who maintained their advertising budgets.

TV AND CATCH-UP TV, THE BASIS OF A GOOD VIDEO STRATEGY

For this focus on video, the scope of the survey extends from 2018 to the beginning of 2021, covering six sectors with 41 models: Automotive, Financial Services & Telecom Operators, Leisure & Entertainment, Retail, Cosmetics and FMCG.

Exploiting the complementarity of TV and catch-up TV makes it possible to accelerate the short-term impact of standalone TV, reach a wider audience and benefit from the powerful synergy of TV.

As with SNPTV’s first #ROITV survey in 2019, this latest #ROITV3 survey proves once again that television remains the highest contributor to sales among all media, making it the medium of choice in terms of performance.

The full survey and playback are available on the SNPTV website www.snptv.org

Media ROI: value created, or turnover in € for each €1 of media spend.

ROI must always be compared to CONTRIBUTION.

Synergy: a measure of how multi-media activation makes a campaign more effective in terms of sales.

Ekimetrics is a European leader in data science employing over 240 data scientists that has conducted over 1,000 projects since 2006. With offices in Paris, London, New York and Hong Kong, we carry out projects in over 50 countries. Our mission is to help companies assess their data assets, enrich their analytical capital and deploy data science solutions to drive marketing and operational excellence.

Ekimetrics has a strong presence in the automotive, retail, pharmaceutical, banking & insurance and transport sectors, enabling us to base our strategic recommendations on an extensive ROI benchmark that we have developed over the past 15 years.

– Promote TV advertising, including support for general interest campaigns by its members 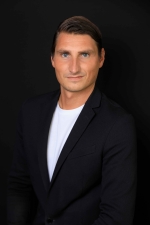 Cookies which are not particularly necessary for the functioning of the website and which are used for audience purposes.